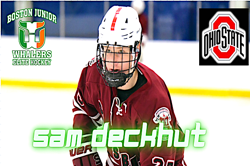 Deckhut, a native of San Diego, CA, is a skilled and cerebral center iceman who is currently skating in the USHL with the Sioux City Musketeers.  Sam first joined the Boston Junior Whalers 2002 Elite Team in 2016 as a bantam with the San Diego Jr. Gulls program. After a season with the Los Angeles Jr. Kings, Deckhut played two years of U16 hockey for the Phoenix Jr. Coyotes in the Tier 1 Hockey League (T1EHL). 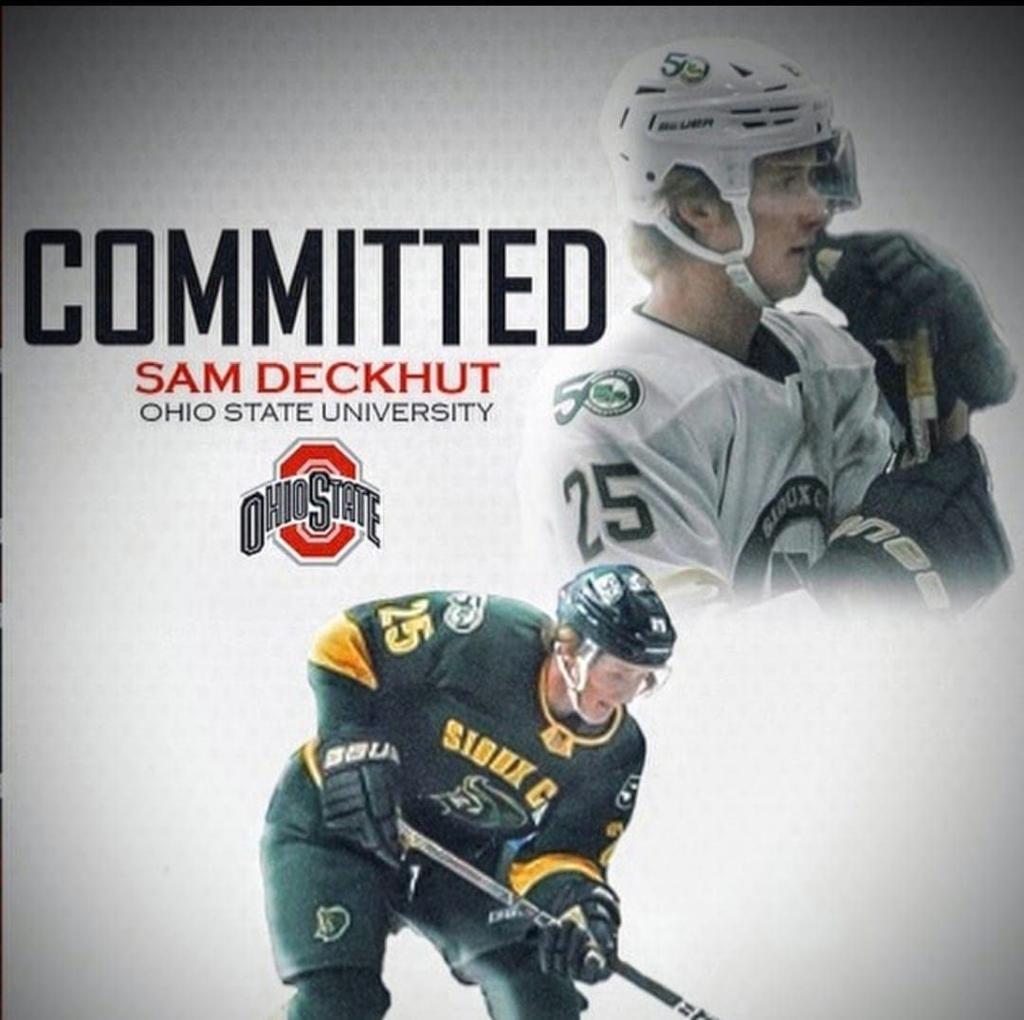 After his sophomore season, Sam swapped coasts and took his talents the New England prep route with the Salisbury School.  Sam played his fall hockey as a member of the Rochester Coalition U18 Team, before registering 5 goals and adding 16 assists for 21 points in his first season out east.  Sam wore a letter at the Salisbury School during his senior campaign, and his Rochester Coalition U18 Team ended up winning the 2021 USA Hockey National Championship, under Coach Kyle Quick. Deckhut led the Coalition with 13 goals and 38 assists, tallying 51 points over the course of the season.

Previously committed to St. Lawrence University, Sam opened his recruitment back up before matriculating on to the United States Hockey League (USHL).  He contributed 4 goals and 18 assists in his rookie season as a member of the Sioux City Musketeers in 2021-22.  So far this season, Deckhut is registering a point per game in Sioux City with 3 goals and 9 assists through his first 12 games of the 2022-23 season.

Sam will arrive on campus at Ohio State University as a freshman in the Fall of 2023, where he is expected to make an impact in the Buckeyes lineup right away.

Congratulations to Sam, and the entire Deckhut family on achieving your dream, and we will be rooting you on from Boston! Go Buckeyes!