Salem, NH -  After what has been a wild and unpredictable first few months of the spring/summer season, the Boston Junior Whalers hit the ice for the first time this past weekend, participating in the 2020 CCM Boston Spring Invite which was re-routed to New Hampshire.

The BJW 2009 Elites showed up ready to go from the opening puck drop, stringing together a perfect 5-0 record, while the BJW U16 Showcase Team took a bit longer to shake the rust off en route to their title run campaign.

On Friday, the BJW 2009 Elites kicked things off with a bang, skating past Wolf Den by a score of 9-2.  The U16's mirrored that same performance, scoring early and late while skating past the Northern Sting by a score of 4-0.  On Saturday, it was more of the same for the BJW '09 Elites as they had two big wins over the VSK Wings out of New Jersey and the Boston Hockey Club - scoring over 20 goals on the day in the process.  The U16's came out flat and dropped the morning contest to Team Undisputed 4-3, before rebounding to cruise past the North American Alliance by a score of 7-0 on Saturday evening.

Both teams punched their ticket to Playoff Sunday - the '09 Elites being the #1 Seed in their division and the U16's squeaking in with a 2-1 record as the #4 Seed in their division.  Both semi-final contests came down to the wire, but the '09 Elites battled past Team New England by a score of 5-3 and the U16's edged out the #1 Seed Mass Edge 67's by a score of 2-0, setting up a pair of Championship bids.

For the 2009 Elites, it was going to be tough for any team to stop them with the way that they were playing.  The team came right out of the gate scoring early, and came away with the hardware when the dust settled after defeating the East Coast Kings by a score of 4-0.  The U16's encountered a rematch with Team Undisputed, whom they had previously fell to, but knew what needed to be done this time around.  After an early goal, they U16's didn't stop the attack, and ended up capping off their day of upsets with a 4-1 win and a championship to go with it.

Congratulations to the Boston Junior Whalers 2009 Elite Team, and the Boston Junior Whalers U16 Showcase Team on their pair of championships this past weekend at the 2020 CCM Boston Spring Invite -- kicking off this abbreviated spring/summer tournament season with some hardware.  Thank you to coaches Sam Kurker, Chris Santello, Matt Quercia, and Ryan Verrier for leading the boys all weekend! 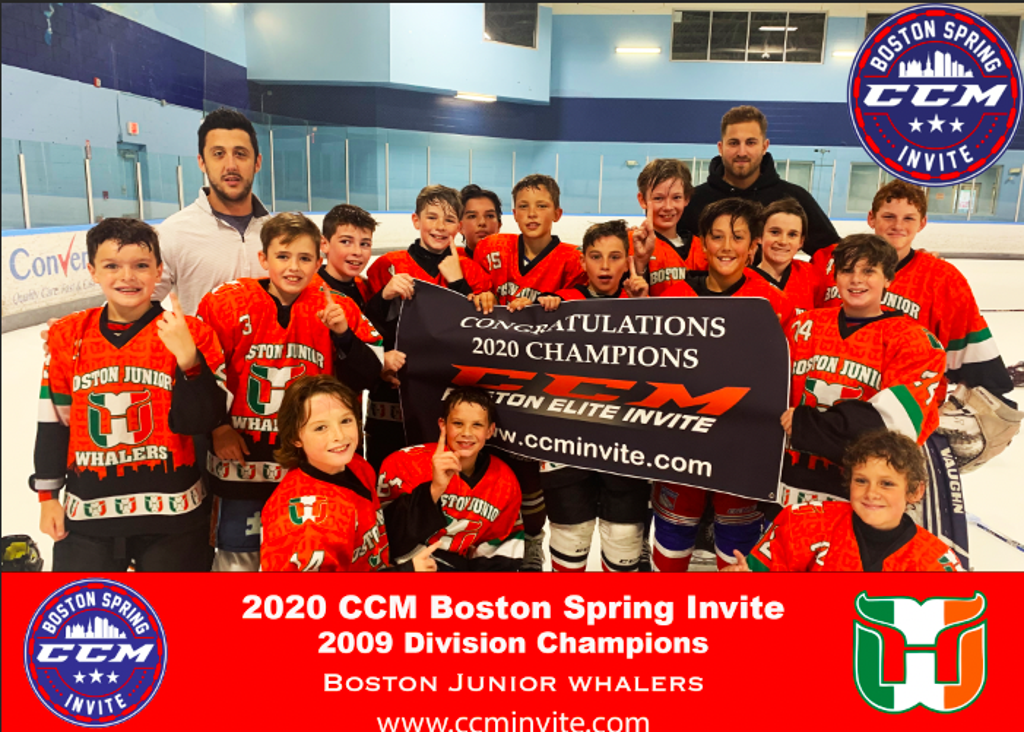 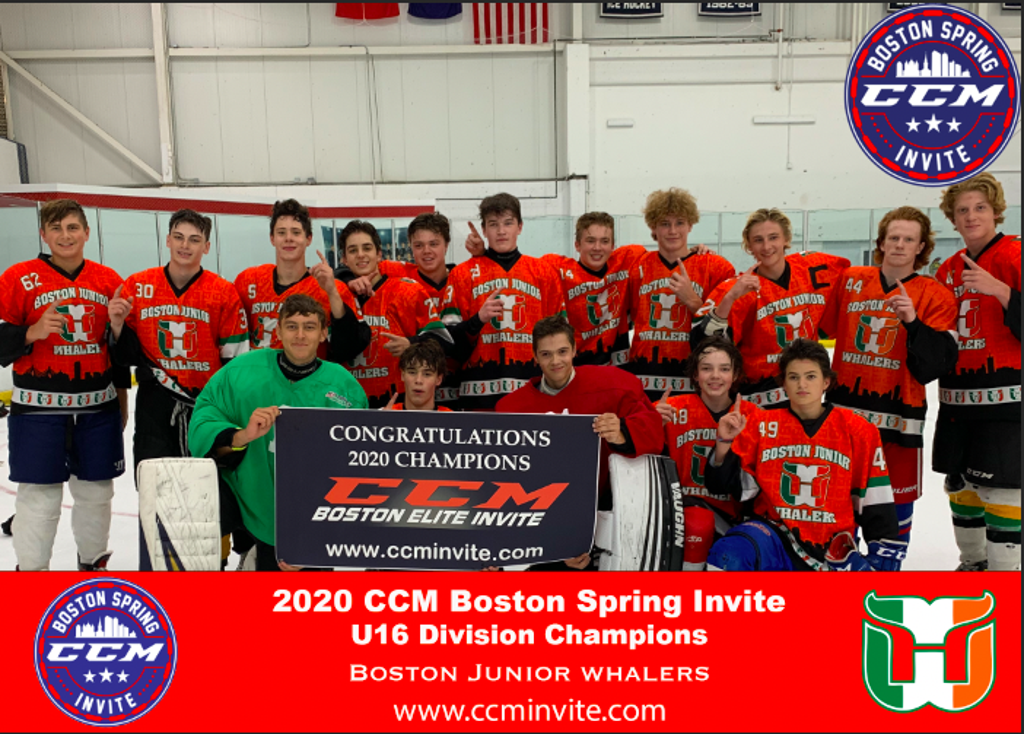