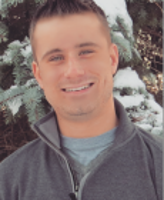 Mike founded the Boston Junior Whalers AAA Elite Hockey Program in 2010, with the sole purpose of creating a true elite summer hockey program comprised of the very best hockey players from the New England area and spanning across the U.S, Canada, and overseas. Over the past 11 years, Mike has built the Boston Junior Whalers program into one of the most prominent and recognizable names in North America's spring/summer hockey landscape.

Mike is currently entering his 10th season in 2021 as the East Coast Region Scout for the Dubuque Fighting Saints in the United States Hockey League (USHL), where he was a part of current Dallas Stars Head Coach, Jim Montgomery's 2013-14 Clark Cup Championship staff.  Mike has served as the General Manager for the Boston Advantage Hockey Club and Lovell's Hockey School, where he worked mainly with the program's U16 & U18 Full-Season Midget Teams in the Tier 1 Elite Hockey League (T1EHL).  Prior to his work with the Boston Advantage, Mike previously served as the Assistant Coach of the Boston Bandits in the EJHL, and for their U16 Full-Season Team out of Bridgewater.  Additionally, he has served as the Director of U.S. Scouting for the Quebec Major Junior Hockey League (QMJHL).

Mike will be behind the bench with our U20 & U16 Midget teams this summer, in addition to serving as Head Coach of the 2009 and 2010 Elite Teams.  Mike is fully dedicated to giving each and every player an unforgettable experience while with the Boston Junior Whalers program.

Jack Cusack returns to the Boston Junior Whalers staff in 2021 in the elevated role of Director of Hockey Operations after serving as youth coach for the past two seasons.

A member of the inaugural Boston Junior Whalers team back in 2010, Jack played his youth hockey for the Valley Junior Warriors program.  Jack attended the Hillside Pre-Preparatory School in Marlborough, MA for two years where he served as the captain of the hockey team, and was the valedictorian of his class.  He was the first student in school history to be admitted to Phillips Andover Academy, and spent the next four seasons playing hockey for the Big Blue.  Jack served as team captain at Phillips Andover during his junior and senior season.

Jack is currently studying in the Isenberg School of Management at the University of Massachusetts-Amherst, and is involved in the hockey operations department for the UMass Minutemen, under coach Greg Carvel.  Jack is excited to be working with our various different teams again in 2019, and helping aid in the development of all of our players. 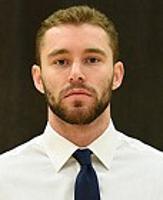 Ryan Sweeney returns to the Boston Junior Whalers staff for his third season.   Ryan joined the program in 2017, after completing his collegiate hockey career as a member of the New England College Pilgrims in Henniker, NH.

Sweeney, a native of North Andover, MA, grew up playing his youth hockey in the Valley Junior Warriors and Lowell Jr. Riverhawks programs. Ryan progressed onward to play for both Central Catholic High School and North Andover High School before graduating and matriculating on to junior hockey wear he suited up for the Valley Junior Warriors under Andy Heinze, and the Boston Jr. Rangers.

After junior hockey, Ryan progressed to the NCAA ranks, where he played at New England College in Henniker, NH. During Ryan's senior season, the Pilgrims defeated Babson College in overtime and came up just short, falling to Norwich University in the NCAA Division III NEHC Title Game.

Ryan is the son of former NHLer Bob Sweeney, who currently serves as the President of the Boston Bruins Foundation. Ryan's youngest brother, Connor, is a 2000-Born forward, currently committed to the University of New Hampshire.

Ryan is looking forward to continuing his work with our teams this spring/summer, and his primary role will be to work directly with and help oversee our BJW youth teams. Please feel free to reach out to Ryan directly for any information regarding the 2019 Boston Junior Whalers Spring/Summer Tournament Team season, as we work to finalize our schedule and invitations in the coming weeks. Michaela returns to the Boston Lady Whalers bench in 2022 for the fifth season, and her first season as Executive Director - a role that she has readily earned over the past several years.  As the program's all-time leading scorer, Michaela has played a number of different roles both behind the bench & behind the scenes; She now takes her rightful spot at the helm of operations as Executive Director of the Boston Lady Whalers program.

Boyle, a native of Reading, MA, completed her freshman season at Clarkson University in 2018 and was crowned an NCAA Division I National Champion.  After that, she transferred to Robert Morris University where she emerged as a star, concluding her Junior season as the 10th leading scorer in the country.  As a result of the unfortunate news that Robert Morris was cutting their men's & women's hockey programs, Michaela elected to transfer for her to Boston College for her senior season, and will suit up for the Eagles in 2021-22.

“I am extremely honored and eager to take over as the Executive Director for the Boston Lady Whalers program. Spending my developmental years as a member of the Boston Lady Whalers as a player and student-athlete, and now being able to be able to give back and share everything that I've learned with the superstars of tomorrow is something that I am grateful for and do not take lightly.  I would like to sincerely thank Mike for having the faith in me to make this jump, and Dana for helping develop me as a player, a person & a coach," said Executive Director Michaela Boyle.

Michaela's father, Mike Boyle, is a world-class strength coach highly regarded as the pinnacle member of the profession, training the most accomplished athletes in the world at his facilities - Mike Boyle's Strength & Conditioning.

Michaela has a passion for teaching the game to the next generation, and she is extremely outspoken in both her communication & relationship-building qualities amongst our players and parents alike. We are incredibly excited to announce Michaela's elevation to Executive Director of the program.